Hydrogen electric propulsion technology could be scaled up more quickly than originally thought, enabling a new generation of sustainable aircraft – according to Max Brown, Vice-President of Technology at GKN Aerospace, a Hydrogen South West partner.

The demand for zero emission solutions to air travel has placed aviation on the cusp of its biggest transformation in decades. Hydrogen is expected to be at the heart of this new era, with both hydrogen combustion and hydrogen electric propulsion technologies critical to unlocking zero CO2 emissions. However, a significant challenge for both types of hydrogen propulsion is scalability – engineering systems with the performance, weight and hydrogen storage capacity to power larger, longer range aircraft.

We found that efficiency of the electrical power distribution and electric motor were extremely important, and that more conventional fuel cell based propulsion systems would not be attractive for regional size aircraft and above. However, by using the on-board liquid hydrogen to cool our electrical system and motors, we gain substantial efficiency improvements, enabling us to reduce the on-board power generation, motor size and mass, as well as the mass of our distribution cables.

The H2GEAR team now has confidence that hydrogen electric systems could scale to aircraft with 96 passengers, and are presently studying the technology enablers for larger aircraft.

The benefits of cooling

Thermal management – dealing with waste heat from the fuel cells and due to losses in the electrical system – is a major hurdle for developers in this space. The GKN Aerospace system cools various elements of the power distribution and motor systems to less than -200 degrees, which offers significant benefits in the overall operational efficiency of that system, thereby reducing waste heat. This approach means electricity could be distributed at a lower voltage, and through conductors at least 50 times lower in mass than would otherwise be required.

H2GEAR is on track to deliver a ground-based demonstration of a scalable hydrogen electric propulsion system by the end of 2025, with the aim of entry into service on regional platforms in the early 2030s. The headquarters of this industry-leading work is GKN Aerospace’s £32M Global Technology Centre in Bristol, in the heart of the UK’s South West.

However, while H2GEAR is truly ground-breaking, no single company or project will be enough to achieve the UK’s net zero goals. This is why GKN Aerospace has joined forces with other major companies in the region to form Hydrogen South West – a cross-sector partnership which aims to act as a catalyst to create a hydrogen infrastructure ecosystem in the South West. Collaboration such as this is essential for the UK to succeed, and for aerospace to secure hydrogen supply at airports.

The South West is home to the world’s leading aerospace cluster, outside of the United States, and provides 100,000 jobs and around £7 billion to the UK economy.

Becoming an early adopter of hydrogen aircraft will encapsulate Hydrogen South West’s ambition and go a long way to mark the South West, and the UK, as a world leader in hydrogen development. 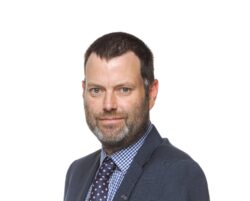